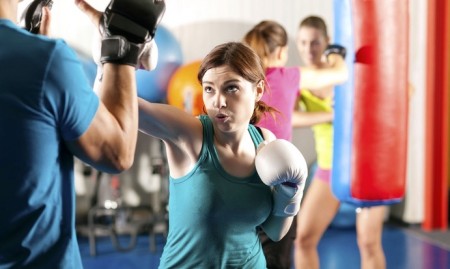 This is a limited 1-day only sale that will expire tonight at midnight Tuesday, February 8, 2022.

Fine Print
Promotional value expires 120 days after purchase. Amount paid never expires. Must activate by the expiration date on your voucher, classes expire 180 days from activation date. Online class reservations required at www.fight2fitness.net. Valid only for new clients to each location. Not valid for walk-ins. Valid for up to 10 classes per company, visit their site and enter your location for details. Locations and schedules are subject to change. Subject to availability. All goods or services must be used by the same person. Merchant is solely responsible to purchasers for the care and quality of the advertised goods and services.