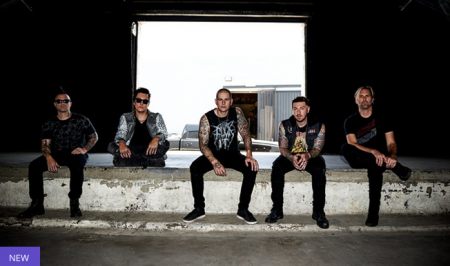 How G-Pass Works: Following purchase, your G-Pass will be in your account. You may redeem your G-Pass via the mobile app when you enter the venue. You may also print it out in advance. Use the G-Pass to enter the venue directly; you won’t need to redeem at will call. Discount reflects the merchant’s current ticket prices – price may differ on day of event.

Click here to buy now or for more info about the deal.

The Fine Print
Promotional value expires Feb 12, 2018. Limit 8/person. Valid only for option purchased. All sales final, subject to Extraordinary Event Policy. Must purchase together to sit together. Merchant reserves right to sub closer seat. Disability seating can’t be guaranteed; contact box office prior to purchase for availability. Holder assumes all risk in connection w/ the event & releases Groupon & its affiliates, Ticketmaster, venue & their affiliates from any related claims. Ticket value includes all fees. Ticketmaster is issuer of tickets – discount reflects current ticket prices, which may change. Upon purchase, we will provide your email to Ticketmaster to be used in accordance with Ticketmaster’s Privacy Policy. Merchant is solely responsible to purchasers for the care and quality of the advertised goods and services.

Avenged Sevenfold: The Stage World Tour with Special Guests Breaking Benjamin and Bullet for My Valentine
The band: Since releasing their debut album 15 years ago, Avenged Sevenfold has become one of the world’s biggest rock bands by creating a sound that has broken through obstacles of language, distance and culture.
The accolades: They’ve achieved Diamond, Platinum and Gold awards for album sales in nearly a dozen countries, racked up over a billion video views and a billion-plus Spotify streams, have consistently been one of the most-played bands on rock radio for over a decade with multiple No. 1 singles
Their shows: They’ve sold out London’s SSE Arena, Wembley and arenas worldwide and headlined festivals including Download (United Kingdom) and Rock on the Range (United States).
Their latest: The Stage—a meditation on the rise of technology, inspired by Carl Sagan and Elon Musk—hit No. 1 on Billboard’s Alternative, Rock, and Hard Rock album charts and No. 1 on iTunes in 13 countries. Rolling Stone called it “an epic concept album about artificial intelligence, featuring the most aggressively bonkers music of the quintet’s career.”
Breaking Benjamin: freshly reformed but retaining their original singer, Breaking Benjamin continues to deliver the insistent vocals and buzzsaw guitars that unleashed the hits “Sooner or Later” and “Breath”
Bullet for My Valentine: this Welsh quartet meshes melody, dark lyricism, and hard-rock attack—a formula that’s led to three Best British Band Kerrang! Awards